This was my final year project whilst studying Industrial Design at Loughborough University. SQUAIR is a portable oxygen and monitoring system which aims to address patient misuse by providing them with the insights they need to safely use their oxygen.

Increasing ageing population is one of the pivotal factors for health and social care. According to the UN, the geriatric population is set to reach, from over 800 million in 2012, to more than 2 billion by 2050. The geriatric population is at more risk of acquiring various respiratory disorders such as asthma, pulmonary hypertension, COPD, and fibrosis. It is estimated that up to 10% of adults of at least 40 years of age worldwide suffer from COPD.

3 million people die each year from COPD, an estimated 6% of all deaths worldwide.

Chronic Obstructive Pulmonary Disease (COPD) is not one single disease but an umbrella term used to describe chronic lung diseases that cause limitations in lung airflow. The more familiar terms ‘chronic bronchitis’ and ’emphysema’ are no longer used, but are now included within the COPD diagnosis.

The most common symptoms of COPD are breathlessness, or a ‘need for air’, excessive sputum production, and a chronic cough. However, COPD is not just simply a smoker’s cough, but an under-diagnosed, life threatening lung disease that may progressively lead to death.

A combination of primary and secondary research techniques were used to understand the current market, uncover user problems and establish design goals.

I conducted interviews with oxygen therapy users to learn the issues that they face with current concentrators. During the interviews I was able to analyse the participants’ existing concentrators. I attempted to complete a series of common tasks to experience the problems myself and gain empathy with the users.

One of the biggest issues with ambulatory oxygen therapy is misuse, with many patients under or over using their oxygen. This is because many users rely on personal feeling to judge whether or not oxygen is needed.

Oxygen therapy is a very visible method of treatment so not only do users have to deal with the physical problems that come with oxygen therapy but also the social and psychological problems resulting from the perceived stigma of wearing oxygen.

Whilst some new oxygen concentrator models have become smaller and lighter many of these still do not consider the ergonomics of carrying a weighted bag continuously. Many existing models utilise a single shoulder strap design which will cause pain after long periods of use.

How might we develop a system that can monitor user oxygen saturation, notify when oxygen is needed, automate the flow rate to prevent misuse and ensure a healthy blood oxygen level?

The concept was to use pulse oximetry technology to monitor user oxygen saturation to encouraging active lifestyles whilst preventing misuse and restore confidence.

A idea of a modular battery was also explored that would enable users to customise their battery life and weight allowing the device to adapt to different circumstances.

A minimalist design that aims to communicate a social and stigma-free aesthetic with the use of gentle colours and a compact form factor.

The aim from the start of the project was to develop a product that aimed to break down the barriers between oxygen therapy patients and the general public. The design also had to cater for both male and female users. The form factor was also heavily influenced by the requirement to produce a product that was as small and compact as possible. Therefore, the casing of the product closely followed the shape of the internal component assembly to reduce materials, size and weight.

The prototype was a visual and part functional model of a portable oxygen concentrator that aimed to evaluate the aesthetics, user interface, weight and battery attachment. No testing of oxygen delivery was carried out. Evaluations were also carried out for the accompanying backpack and app.

SQUAIR is a portable oxygen concentrator that produces the equivalent of up to 3 LPM (litres per minute) via a pulse dose system, in a lightweight package (2kg) with an accompanying wearable and app to notify low oxygen saturation, automatically adjust flow rate and support self monitoring through health and usage tracking.

Data collected is also used to notify users of local air quality and whether that might influence their triggers. Communication between patient and doctor is improved by allowing users to log moments of unfamiliar symptoms and share health data with their doctor. Capturing of this secure, anonymised data can then be utilised to facilitate ongoing research into COPD and other medical conditions.

I was selected by Loughborough University to exhibit my design at London New Designers 2017 and awarded a show highlight. This was an incredible four days with a fantastic team and some outstanding work. 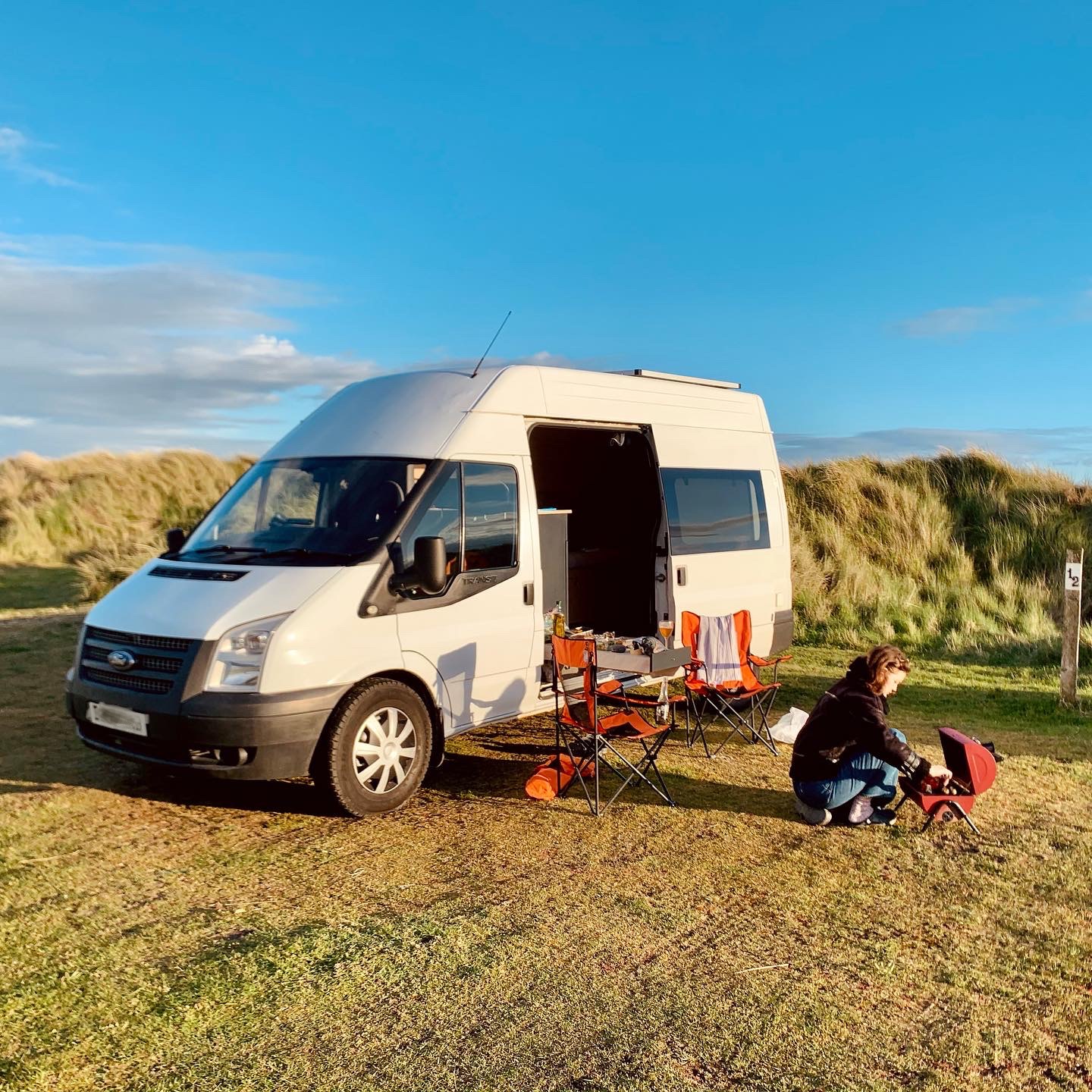 Transforming an empty panel van into a small home on wheels.